Leo survived his first day! The day began with jb, myself, zoe, pops, Uncle Julian and Uncle Daniel (who got on a bus at 6 am so he could be there to cook Leo breakfast on his first day) helping Leo get ready. He was nervous, but still smiling. Uncle Daniel made eggs, bacon and pancakes and everyone assured him he was going to have a great day and that the outfit he chose was looking sharp. 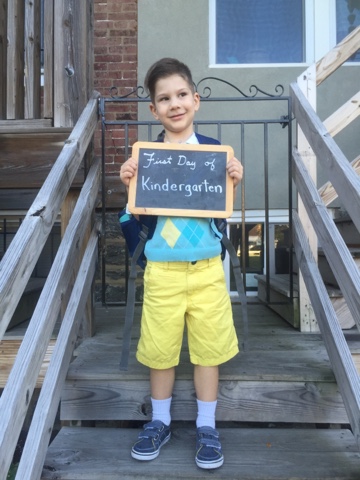 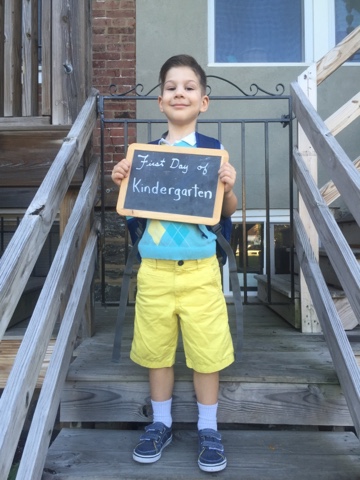 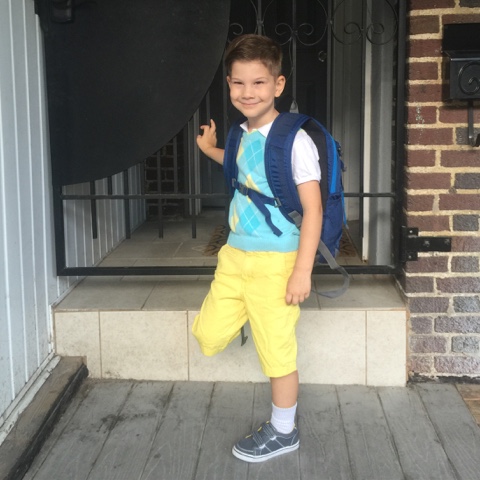 He was excited to have a way to display his button collection. 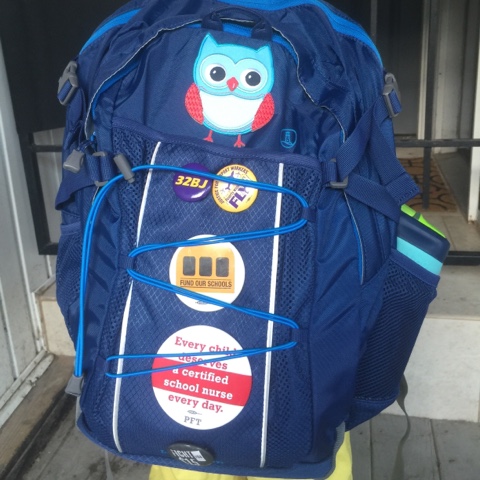 Not only was it Leo's first day of kindergarten, but it was also Zoe's first day at preschool without her brother. 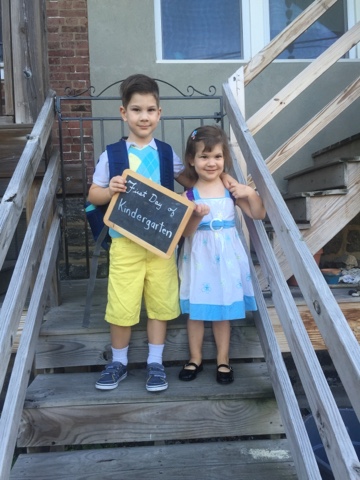 When Leo picked out his backpack, I couldn't figure out why he had chosen blue when he usually prefers colors in the pink/purple range...then I saw jb's backpack next to Leo's and I figured out his motivation. Just like dad. 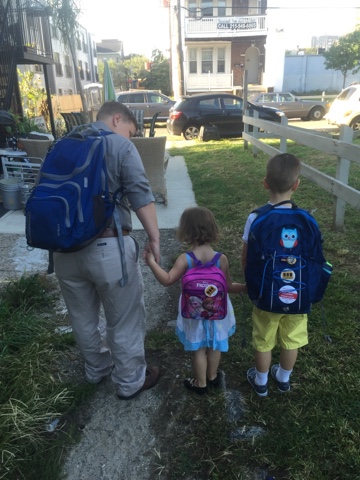 Once we got to the school yard Leo's nerves spiked. We found his classroom's spot and let him line up with his classmates. We stepped back with the other parents and that's when the lip quivering began. (These details and pictures shared with Leo's permission) When he broke into tears jb rushed over to give him a hug and a little pep talk. It was heartbreaking to watch and it took all of my self control to not scoop him up and run out of the school yard with a "Maybe next year!" yelled over my shoulder. 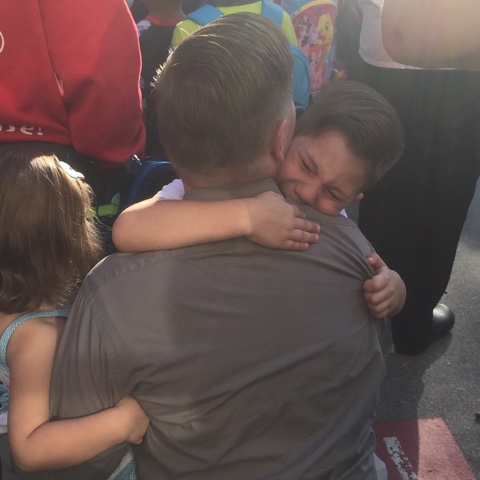 Quickly, his teacher noticed he was crying and rushed over. She held his hand while also still instructing the rest of the class on the morning procedures. She did a great job of comforting him without coddling and STILL performing her teacher role for the rest of the students. It was clear he was in capable hands. 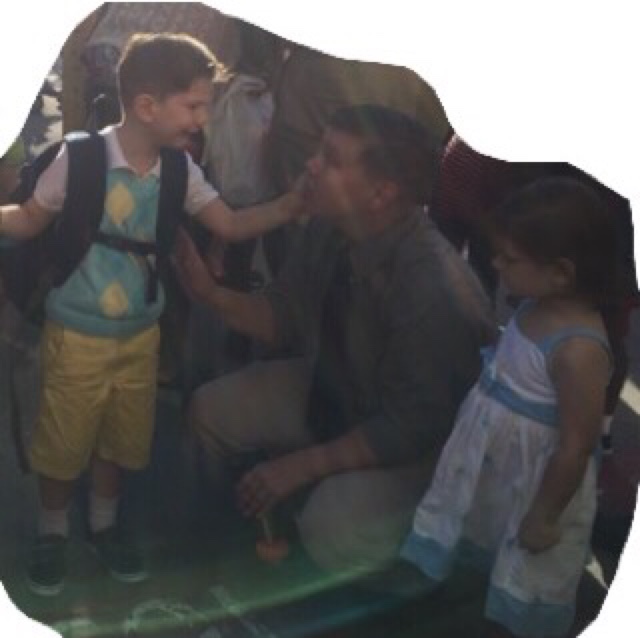 With tears streaming down both mine and Zoe's faces we watched as he entered the school with his class...thankfully Leo had stopped crying by the time they reached the door. Zoe said she was too worried about Leo to go to preschool, but managed push through. jb, though the only one who didn't shed a tear that morning, was the one most preoccupied with worry about Leo throughout the day.

Zoe and I had a one-on-one library and coffee date while we counted down the minutes until we could pick up her brother. 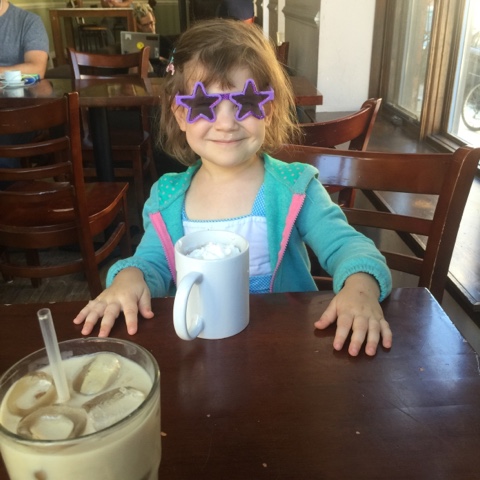 When we all met back up to pick up Leo he was all smiles and gave Kindergarten two thumbs up. He said it was "awesome" and "just like preschool except your mom doesn't come." The details of the days are emerging slowly but surely...and I'm trying to limit the thousands of questions I have for him. It is so wild that I know so little about his day! Deep breath. 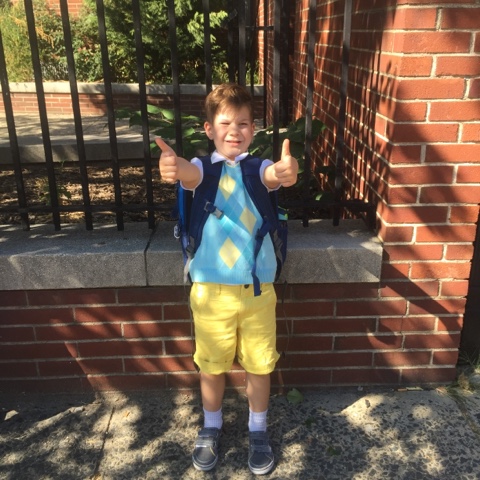 He can't wait to go back on Monday, and I'm so proud of my big kid. I really think it's going to be a great year. 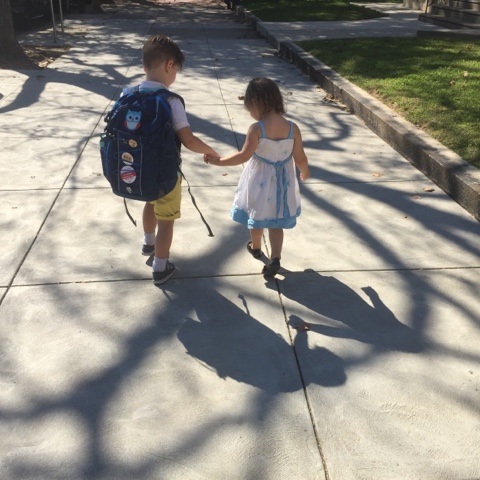 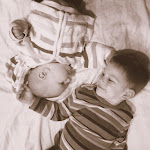